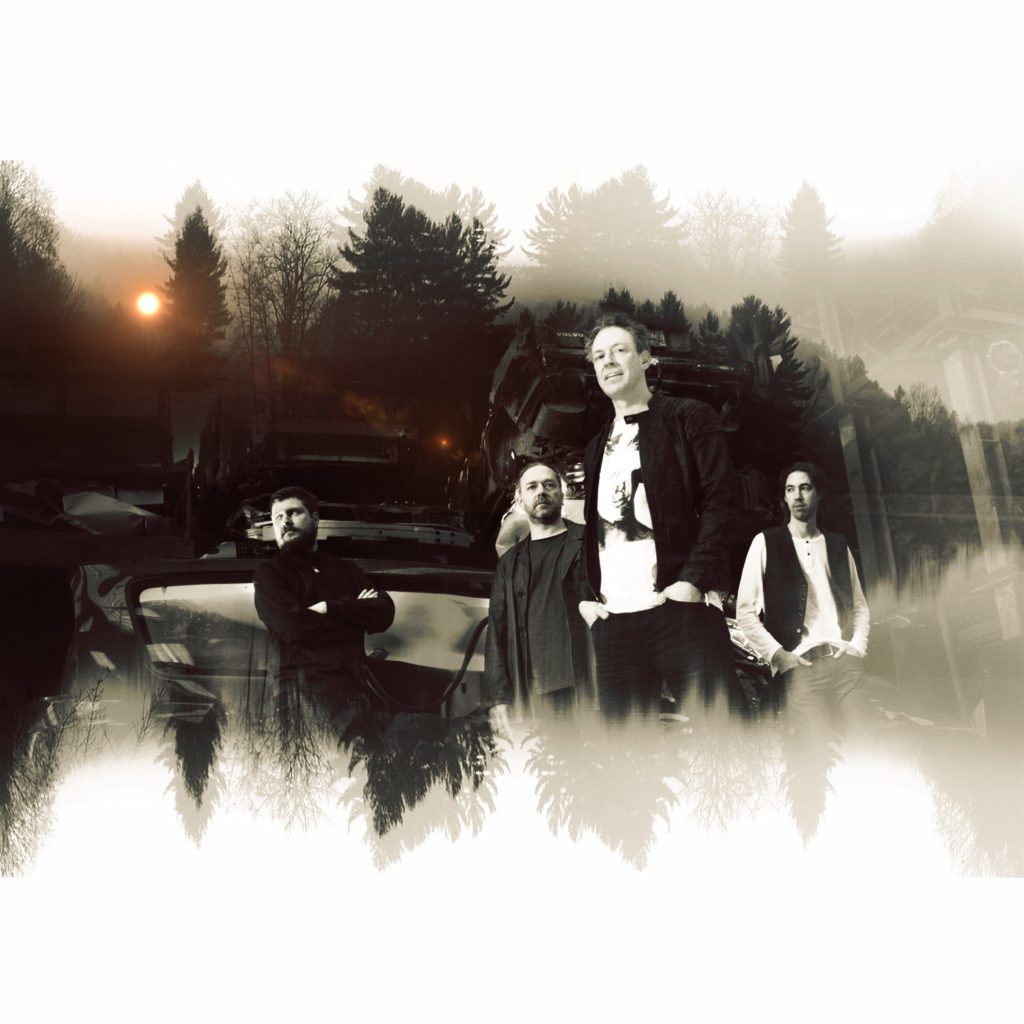 «Britrock with a shot of Goth» – that’s how Radio XfM in London announced Spencer a few years ago. Zurich-based quartet proved that they were right: In 2015 Spencer were f.ex. supporting the likes of New Model Army. They played a storming set at Leipzig’s «Wave Gotic Treffen», where they found a lot of new and dedicated fans. And they could be seen on a lot of other festivals.

Now Spencer are back with their strong and intense 4th album «We Built This Mounatin Just To See The Sunrise» which reached top 40 in Switzerland right away. Since then the band gets great reviews for the new album from different parts in the world. Even important US-indieradio KCRW has included them in their playlists.

Spencer are a a hard working band: With more than 400 shows in venues and festival across Switzerland and abroad and a lot of great reviews, they recieved the «Live award» by Galvik Zug, have been rewarded «Top 10 Swiss albums» of radio Virus of 2013 in the same time.
Despite those facts, Spencer kept their DIY-spirit: They still run their own – fast growing – label Ambulance Recordings (distr. Irascible CH/Al!ive), home of lots of cool other acts as well.

The new album has been produced by Reto Peter (Green Day, Counting Crows) and keeps their postpunk/coldwave-roots that led press comparing them to Editors, Interpol or The National. In 2016 the band plays Swiss summerfestivals, will head for a clubtour in autumn which sees them supporting Beauty Of Gemina as special guests on their CD-releaseparty in Zurich. And they’re preparing for dates outside Switzerland, as well in 2017/18.